Victory Sport Club was born out of pure necessity, to bring an organized way of involving the youths of Moolai into sports. It, however, met many a challenges in its infancy.

Victory Sports Club was started by a handful of earnest youngsters in 1998/1999. The first hurdle to jump was the location for the club to practice. Cricket being the primary game, this required a sizable land for the pitch and the boundaries. Sharing with neighboring clubs was ruled out, Victory was shut out from this option. Yet the youth persevered. Practices were held wherever possible, backyards, school playgrounds, temple grounds, and so on.

This paid off well. In 2000, the club became the AGA champions in cricket, rounders and netball. This was an auspicious start for Victory Sport Club. Notoriety also came along with this. Taking on Victory Sports Club was soon became thing of concern for other clubs. Club membership also saw a rapid rise in numbers. Victory Sport Club team captains now had a different issue on their hands, gone were the days of looking for the 11 to make the team, they now had to pick the best 11 for the game from the many.

The secret of success was regular and rigorous practices. Everyone knew where the boys would be when the evenings came around – they would be practicing. This encouraged friendship, camaraderie and unity, first amongst the youth, then with their supporters and well wishers.

From the first day, Victory Sports Club continues in its path of friendship, discipline and excellence. The dream of playing leather ball cricket has come to fruition this year (2012). The club has been recognized and registered in the regional league.

All these achievements without a playground to its name……… 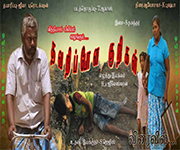